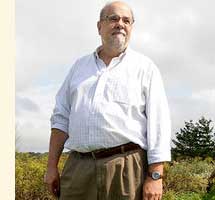 Edward Toth worked for the New York City Department of Parks for 36 years, beginning in 1985. He was the founding director of the Greenbelt Native Plant Center, a program of the Forestry, Horticulture, and Natural Resources division. The 13-acre nursery, greenhouse, seed increase and seed bank facility is the oldest and largest municipally-owned native plant nursery in the U.S.  In 2012 he initiated the Mid-Atlantic Regional Seed Bank (MARSB) program within the GNPC, as a regional partner of the national Seeds of Success program.  He is a prior recipient of Parks’ Thomas Stofka Award, and he was a 2018 recipient of the Sloan Public Service Award from the Fund for the City of New York. He is currently a member of the Committee on an Assessment of Native Seed Needs and Capacities of the National Academy of Sciences. Upon retiring from the City of New York in the summer of 2021, Ed committed to operating MARSB independent of the City of NY. In 2022 MARSB has incorporated as a not-for-profit in the state of New York. MARSB, Inc. will continue to jointly operate the physical seed bank with the GNPC at its facilities on Staten Island.

Molly Marquand, Projects’ Communications Manager, holds a B.A in Ecology from Bates College and a Master’s of Science from the University of Reading and the Royal Botanic Garden at Kew in Plant Taxonomy. Prior to joining MARSB as the projects’ communication manager, she worked at the New England Wildflower Society and coordinated the DEC funded Catskills Partnership for Regional Invasive Species Management program. She also coordinated MARSB’s Ash Collection Program from 2015 through 2016, organizing a force of volunteers and making collections of this threatened tree across New York State. More recently, Molly coordinated efforts to bank six of New York threatened Viburnum species in collaboration with the U.S Arboretum, and targeted collections of ‘workhorse’ restoration species for use by land managers across the state.
Email: mmarquand@marsb.org

Phil Harris, Seed Collector, began his career as a science teacher on the Qualla Boundary in the mountains of southern Appalachia, where he became very interested in the ecological and cultural importance of native plants. After moving 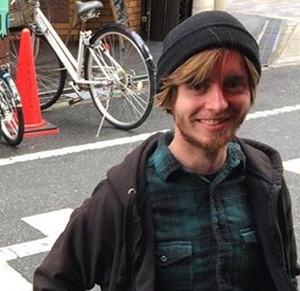 to Brooklyn, Phil taught science at the Brooklyn Botanic Garden for 5 years before becoming a plant propagation intern at the Garden and completing BBG’s Certificate in Horticulture. Ready to start doing hands-on work with native plants and ecological restoration, he began working at the Greenbelt Native Plants Center as a plant production gardener and seed collector, collecting seeds throughout New Jersey and southeastern New York.